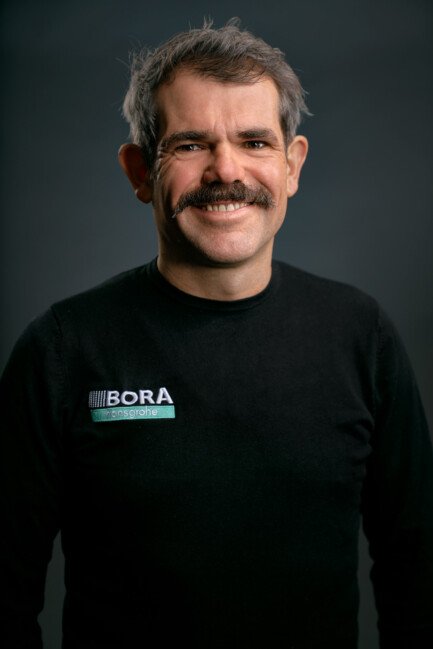 Ralph Denk took up cycling at the age of 12. As an up-and-coming rider, he established himself in his younger years by earning a spot on the “Opel Schüler Berlin” elite team. He competed in tours, including the Bayern Rundfahrt, as well as in various six-day races until 1996. He claimed the title of Bavarian champion on several occasions and once achieved third place in Munich's six-day race. As of 1996, he took up a new challenge as a technical representative at SRAM. In 2000, he opened his own bike shop, the Ralph Denk Bikestore in Raubling/Munich.

At the same time, he became involved in mountain bike racing, founding the Giant Racing Team in 2005. He celebrated many successes with them as the team manager, including overall victory in the 2006 World Cup and silver medal at the World Championships. In spite of this, road cycling remained his passion, which is why he began supporting and managing several projects for young talents from 2007 on. His own team for promising U19 road cyclists, Team Auto Eder Bayern (previously called Quest-Ralph-Denk-Team), continues to claim impressive wins today. Since 2010, he has served as the founder and team manager for the professional squad, which will be known as BORA – hansgrohe in 2017 (2010 - 2012 Team NetApp, 2013 - 2014 Team NetApp - Endura, 2015 - 2016 Team BORA - Argon 18). In six years the Team moved up from an amateur team to a World Team.