A glass of wine is a must: Despite a hot day in the saddle, Cape Epic still brings enjoyment

Much of today’s third stage of Cape Epic was held around Saronsberg in the Tulbagh Valley. One of the highlights was the Bone Trail, a series of single trails seemingly untouched by nature. After another climb, the riders headed towards Fanties Pass, likely the hardest climb of the entire 2021 route, featuring gradients of over 20 per cent. From the highest point of the day, there was another 15km or so of coppiced terrain and a descent to the finish in Saronsberg. 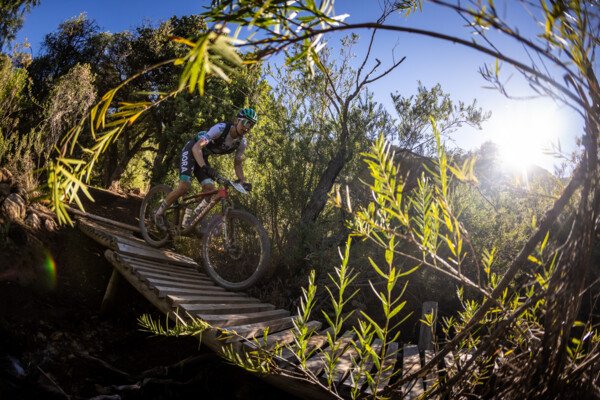 "Today there were some very cool flow trails. I'm really used to it now and it's great fun.” That’s the first thing that came to Lennard Kämna's mind when he summed up the day. He continues: "We've actually found a pretty good general tactic. For the first hour we rode with the leaders, that worked quite well, and in the peloton, it seemed to flow better. On the mountain, we tried to find our pace and enjoy things a bit. The courses here are really cool." Ben Zwiehoff is full of praise, not only about the technical improvement shown by his teammate: "It's amazing what a talent Lenni is. He’s been on his bike three times here and is now so much better than he was on Sunday, you can just see why he’s already so successful as a racer. That's really impressive. But the technical progress is also great. In the meantime, we’re hanging with the faster teams on the downhill and can make up some time there."

"It was hard yet again today, but actually the heat was more the problem. After the cool past few days, the change wasn’t necessarily that easy. However, I generally like good weather, so it's fine," says Lennard about the weather conditions. While today was a perfect summer day, the forecast for the coming days yet again looks different. "Tomorrow is supposed to be good, but then it will probably rain again. Let's see how that affects the longer stages," Ben is rather sceptical about what’s coming up at the race.

THE DAY AT CAMP

Although the camp didn't have to move today, it was still not necessarily a comfortable day for Mario Lexmüller: "The weather is supposed to change again, so we changed the tyres on the spare wheels. Since they are brought to the depots along the track at six o'clock, we already started at five o'clock in the morning." After breakfast, it was back to cleaning while the cook did the shopping. At Cape Epic, the riders consume a similar number of calories as they would in a stage race on the road, so nutrition plays a big role here too. "Specialized has a cook with them and we’re integrated with regards to catering. Even though the camping environment might give one the impression that there's BBQ here every day, the reality is different. We eat outside, but the quality is excellent," explains Mario. 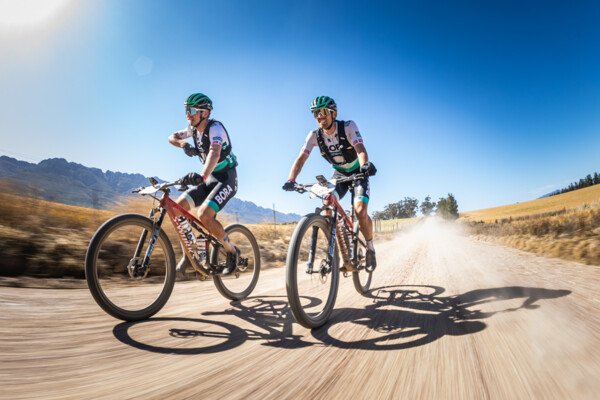 Ben also praises the food, yet explains where the difficulties lie compared to road races: "It starts very early every day, so you're not very hungry and it can be quite difficult to get anything down at all. Normally we eat porridge in the morning, but here at this time of the day we can only eat toast. Since we don't take the sporting side quite as seriously, that works out ok. Otherwise we’d have to get up even earlier. In any case, coffee is very important. All in all, the food is quite similar to what we’re used to. After the race, it’s pasta with a little chicken or vegetables. In the evening, it’s fish or meat in addition to pasta or rice, just like we’re used to in our kitchen truck. But what we also treat ourselves to here, and of course we can't have anything else, is a glass of wine with dinner. It's a must in the South African evening sun," Ben smiles and enjoys the feeling after work is done.

BORA – hansgrohe and Outride Announce Philanthropic Partnership
learn more
At the end of Cape Epic, the riders shine under the sun!
learn more
A restless night haunted by bad luck nevertheless followed by an enjoyable penultimate day at Cape Epic
learn more
Cape Epic Stage 5 - Between sliding around and push-ups
learn more
to the overview