Details make all the difference:
BORA - hansgrohe at the Tour de France 2019

With pointed fingers the dignitary scratches off the small sticker with the 11, which sticks on Peter Sagans number behind the seat post. The Amaury Sport Organisation (ASO), the organiser of the Tour de France, has equipped the Scratcher with a special badge authorising him to carry out this special duty: In the morning after the stage victory, the winner will receive a small plaque with the number of his total Tour victories on it. At Sagan, after his sprint success in Colmar, the 11th becomes the 12th.

One who is at home in this world of ingenious details is Ralph Denk. He is the Managing Director of Denk Pro Cycling GmbH und Co KG and thus the owner of the BORA - hansgrohe professional cycling team. When you talk to him about the development of his company, it quickly becomes evident how important every single detail is to him. Today, his team grew too big for him to take care of everything himself. In recent years, Denk has surrounded himself with extremely professional workers. His biggest and probably most expensive move was the engagement of Peter Sagan, currently probably the most talented self-promoter and at least as talented all-round sprinter of the peloton. Sagan made a significant contribution to BORA - hansgrohe’s fame far beyond Germany’s borders, which ultimately led to a stable relationship with the sponsors.

There was something else, wasn’t there? Right, the stage from Mulhouse to the Planche des belles Filles. We guests are driven by Sponsorship Manager Thomas Hörl and Hospitality Manager Michael Kolár to some special places on the route.

Our Ford Transit in BORA-hansgrohe paintwork is equipped with a special permit, with which we may drive on the closed route. The spectators, who have been waiting for hours, are grateful for every change.

At some point I finally hear the helicopters that accompany the field all day long. I count an incredible five of them. Did something go wrong? But countless motorcyclists of the Gendamerie follow, racing up the climb with an iron face behind mirrored glasses. Then finally some red cars. First some without important men in it, then one with important men in it, one of whom looks even more importantly from the open sunroof to the rear. Shortly behind, finally, the field! It rushes up the mountain at an incredible speed, and in about 30 seconds everything is over.

What sticks is the impression that BORA - hansgrohe – like most of the other racing teams of the Tour – has a genuine real-real-real team at work. And this with great passion and respect for everyone in the team.

It’s always so easy to say that. Teamwork. In my real life in software development, we also understand the great importance of the the ability to work in a team. Every applicant who is halfway well-read usually identifies himself already in the cover letter as an absolute team grenade. We know whether it’s true from the first project.

This thing here has a completely different level: Everyone here knows exactly what depends on him. And nobody goes to bed until they have really done their job. Mission accomplished, every evening again. Three weeks can become very long, most of all if everyone gives everything. That doesn’t just apply to the drivers, but to everyone in the team. All the cogwheels mesh. And Ralph Denk has at some point brought the many small, medium and very large cogwheels to their optimum position.

Today, his clockwork runs pretty well even when he’s not there.
But he feels most comfortable when he is on the street with his people. 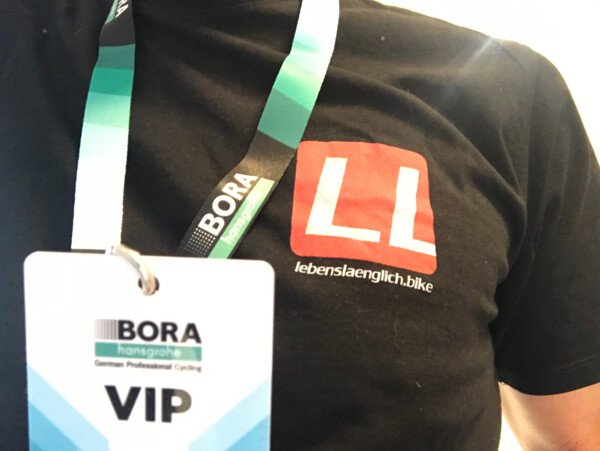